THE BOOK OF ISOLDE (e-book) 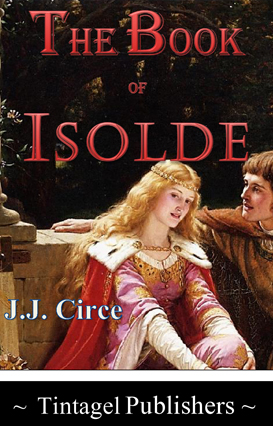 The lovely young Essyllt leaves Ireland, her beloved green country of fairies and druids, to marry the elderly King Mark and to become Queen Isolde of British Dumnonia. The pampered princess is forced to grow up fast among the intriguing courtiers of Tintagel Castle. Her dreams of love and romance are a recipe for tragedy, as she struggles to hold her own at a hostile court.

Torn between her sense of duty and her love for another man, she finds herself making a decision that is going to cost her dearly. In the end, the only one who stands by her is her friend and advisor Ogrin, but even he is powerless against the relentless force of a fateful love.

The tale is situated in the sixth century A.D., a time of transition, warfare and strife, as well as budding Christianity. The storyteller is Ogrin, a pious hermit, who struggles to reconcile his views on spiritual and secular love.

The Book of Isolde